The Porsche 959 was once the fastest production car in the world, as well as the most technologically advanced. It was also one of the benchmarks for the development of the McLaren F1 and the template for every supercar that followed. It was, and still is, a Very Important Car.

It is also Very Interesting, as we’ll see, as well as Very Complex, Very Expensive and Very Capable – even if it has its roots in a car that was designed in the aftermath of the Second World War. 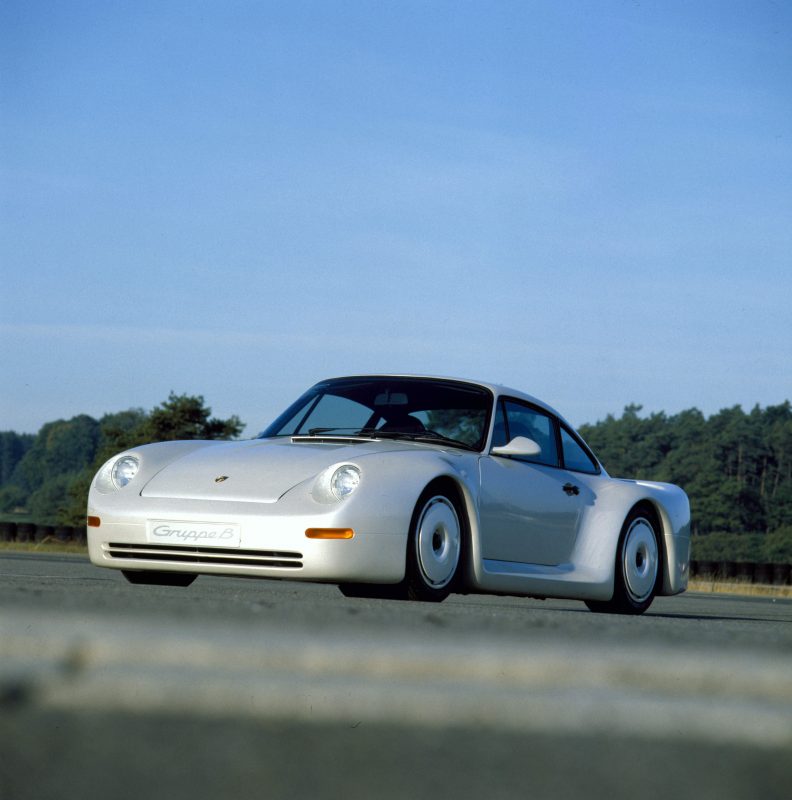 The Porsche 959 started as the Gruppe B Studie that was displayed at the 1983 Frankfurt Motor Show.

Based on the ageing 911 – a car that you will recall is itself based on the positively vintage VW Beetle – the 959 was engineered with the sole purpose of catapulting Porsche straight into the top ranks of Group B rallying, a TV-friendly phenomenon that had been taking the world by storm since 1982. As a result, an awful lot of thinking and effort went into making sure that the 959 was able to live up to the marketing promise that Group B offered.

Rougher men than I have described the 959 as a technological wankfest, which might be crude but accurate because the Porsche is phenomenally complicated and almost unfathomably odd in places. By way of an example, let me introduce you to the six-speed manual gearbox, which has an ultra-low first gear marked ‘G’ for Gellinde or terrain. That’s weird. Kind of cool, of course, but weird.

It also has 2.85-litre, twin-turbo, flat-six, rear-mounted engine from the Porsche 935 racing car. Twin-turbo? Yep, the 959 is fitted with sequential turbochargers; the first turbocharger is a tiny little thing whose job is to spool up the second, larger unit. This should, in theory, reduce any turbo lag and give instantaneous performance. Most agree that it works, and works very well.

The Porsche 959 also has automatic ride height adjustment to ensure that the aerodynamics – which are as complex as the rest of the car and an impressive 0.31Cd – remain uncompromised, no matter what the car’s speed or attitude. (And the 959 has a lot of attitude…)

The magnesium wheels are hollow and form a large air chamber that enabled the Porsche 959 to have one of the world’s (if not the first) tyre pressure monitoring systems, which would have been very reassuring when you were probing the outer reaches of its nigh-on 200mph top speed. However, the system does rely on the use of Dunlop ‘Denloc’ tyres, which is a bit of pain thirty years later when the MOT tester sucks his teeth and fails your pride and joy for having no tread on its tyres.

Oh, and it had a complex (obviously) Porsche-Steuer Kupplung (PSK) four-wheel-drive system that can shuffle torque from front to rear and vice versa depending on which wheel had the most grip. Up to 80 per cent of the power can be sent to the rear under hard acceleration, which maximizes traction and helps endow the 959 with its infamous sub-four second 0-62mph time.

Including pre-production and prototype cars, just 337 Porsche 959s were built between 1986 and 1988, with 292 comprising the final production run. The numbers are so low because Porsche lost money on every 959 it sold. In an act of spectacularly bad accountancy, it miscalculated the cost of building it and ended up selling each car for about half what it actually cost to build. The projected loss was so great that it threatened the company’s very existence and Porsche would have pulled out of the whole project had it not already accepted deposits from 250 very wealthy and hugely influential customers. It was left with no choice but to go ahead and build them.

However, in an act of corporate spite Porsche refused to make the changes needed to sell the 959 in America, giving it a much-needed excuse to cancel the orders placed by its American customers. In fairness, the changes needed to homologate it for what was a relatively small market would have been so comprehensive that it may have bankrupted the company. The late ’80s were not a good time for Porsche. (In fact, Porsche struggled until it became a manufacturer of SUVs rather than sportscars but that’s another story for another time…)

Famously, Bill Gates imported one anyway but was forced to leave it sitting in a customs’ shed in San Francisco for 13 years until they’d release it to him under the ‘Show and Display’ law that he helped push through Congress.

In total, Porsche lost more than $200 million thanks to inumerate accountants. 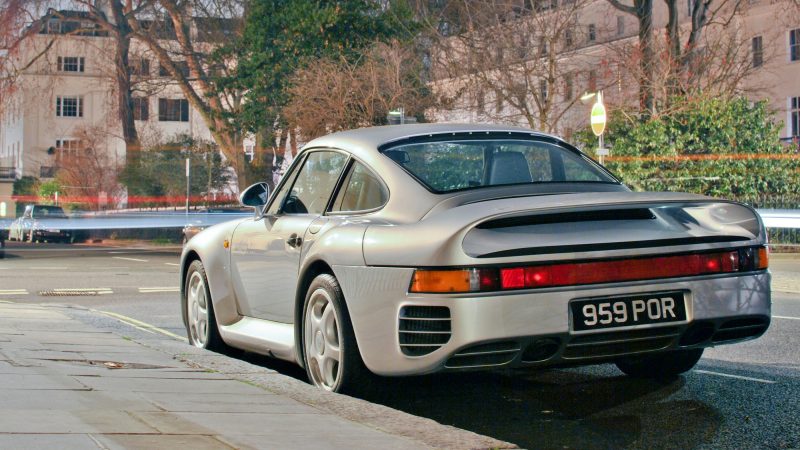 An element of financial balance was restored a few years later. In a marketing coup that pre-dates Jaguar’s own opportunistic interpretation of its own history by a couple of decades, Porsche produced eight ‘new’ 959 Komforts in 1992/93 with the VIN numbers in the range 900289 to 900296, which were, some say, the chassis numbers of the cars that were originally supposed to have gone Stateside.

Built from spare parts, four of the cars were red and four were silver and all featured a new speed-sensitive damping system. They were sold to hand-picked customers for almost twice the price of the original run but were still something of a bargain as a) they were probably still being sold at cost price, and b) they’re now easily the most coveted and expensive of all the 959 models and are keenly sought by collectors with an eye to buying one as an investment.

In an interesting twist, some dispute this version of events and insist that only six ‘new’ cars were produced and that they were all sold to one man, a collector based in Macau. According to Bruce Canepa, whose company I’ll introduce you to later: “All of those cars were really purchased by one person for himself and for one friend of his. The gentleman that bought them was from Macau and the other gentleman was from Hong Kong.” Canepa also says he knows the collector personally: “I did business with that gentleman, and after a lot of years, we started buying the cars back one at a time.”

Some say that not even Porsche knows the truth. Which just adds to the legend of this extraordinary car. 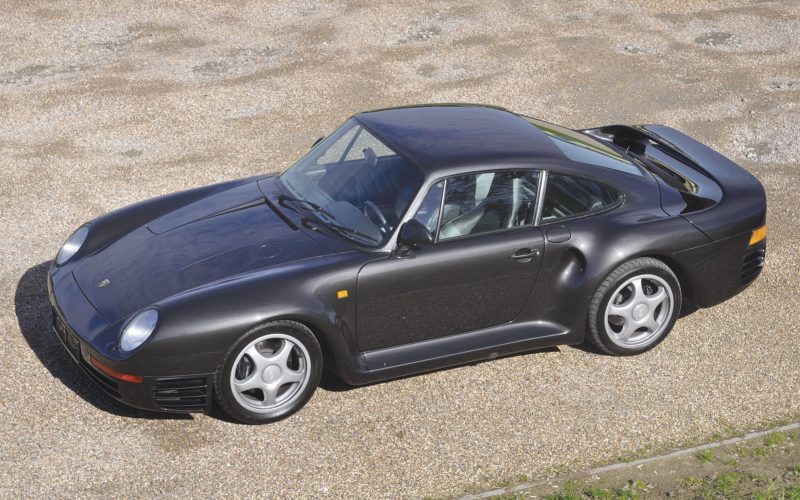 Porsche entered three 959s in the 1985 Paris-Dakar rally but none finished thanks to mechanical woes. It then re-entered the 1986 event, where it took first and second place.

The German company is not known for its modest ambitions and it also entered the 24 Hours of Le Mans in the same year. It finished first in class and seventh overall.

However, despite proving itself to be astonishingly competitive, the cost of running a 959 in motorsport was prohibitive and Porsche decided to put its money into other, cheaper, racing series. 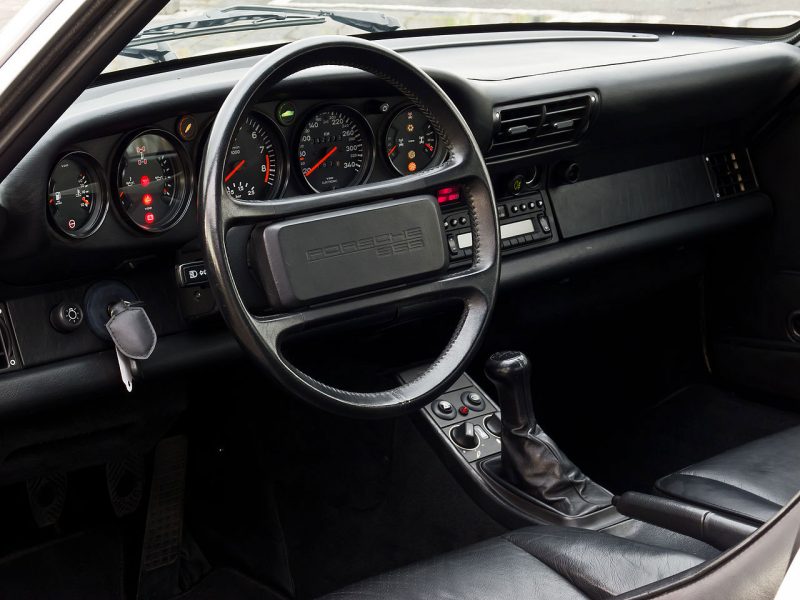 Two versions of the 959 were produced: ‘Sport’ for the race track and ‘Komfort’ for the road. The Komfort models had the sort of stuff in them that fat German bankers insisted on like air-conditioning and a Blaupunkt radio cassette player. The Sport models, primarily aimed at the competitive driver who would have torn it all out anyway, lost all that and 100kgs in weight.

The clutch is described as brutally heavy, as is the gearbox. At its heart this is, despite its complexity, a resolutely analogue car. It’s an engineer’s solution to a 1980s problem and there is none of your fancy electronic fluffing; it’s more Isambard Kingdom Brunel than Steve Jobs.

Despite this, the 959 set the standard for drivability. It might have been the fastest and most complex car on the planet but your granny could tootle to Sainsbury’s before handing the keys to Jacky Ickx who could win the Paris-Dakar rally in it.

It’s tractable and easy to get off the line. Explosive, 7,000rpm, clutch-dumping runs yield the fastest acceleration times but middling-effort standing starts are kinder to the car’s complex mechanicals and are barely any slower. The former are needed to produce sub-four second times but only moderate effort is needed to hit 62mph in a fraction under five seconds. That’s hugely impressive for a car that weighs 1.5 tonnes and has ‘only’ 444bhp (optionally upgraded to 530bhp for the Sport models) and 369 lb/ft of torque.

While almost everyone that has driven one praises the 959s grip, handling and poise, Car and Driver, one of America’s premier car magazines said of the Porsche 959: “it doesn’t turn in with the sharpness of, say, a Z51 Corvette.” Hmmm. 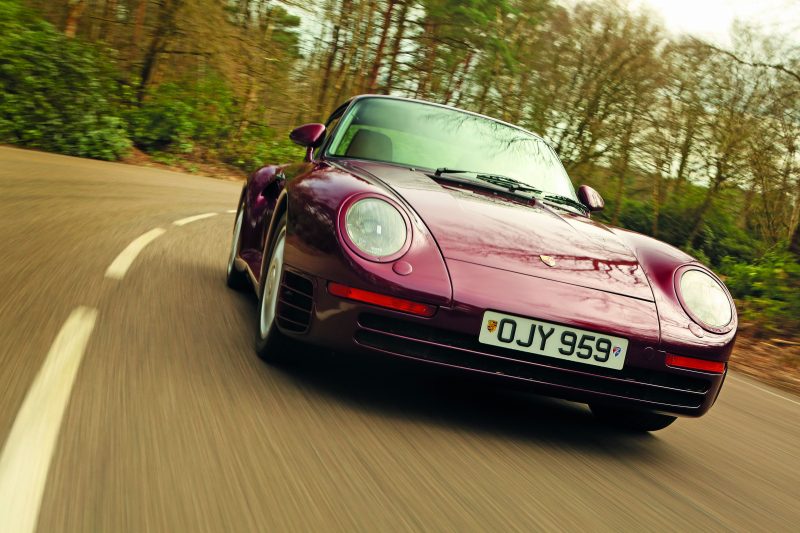 The vast majority of 959s are in the hands of secretive collectors that store them in dehumidified and air-conditioned garages as a hedge against falling interest rates. The problem is compounded by the fact that only half-a-dozen cars came to the UK through official channels. As a result, they don’t come to market very often. But when they do they don’t half make a fuss. Your budget will need to start at a million pounds but many collectors and speculators think they still have some way to go.

Pre-purchase inspections on cars like the 959 are a bit of a nonsense because almost everyone is going to be buying one through a specialist. However, it’s good to have at least some understanding of the sort of problems that can afflict them, even if it’s only out of interest.

Plenty of 959s have been stuffed into ditches, trees and hedges and restoring the Kevlar/Nomex/aluminium bodyshell is likely to prove beyond the abilities of even the best bodyshop. Panel gaps should be tight and even, so if they aren’t it’s a good indication that something is wrong.

The engine, you will remember, comes from a genuine racing car so you won’t be able to pick up spares at your local Halfords – or Porsche main dealer. However, it is highly likely that it is the lack of use, rather than high miles, that will cause the biggest problems.

Komforts sell for less than Sports but in the rarified world that is Porsche collectibles either will be beyond the reach of the likes of you and I.

One day, Rodney, one day. 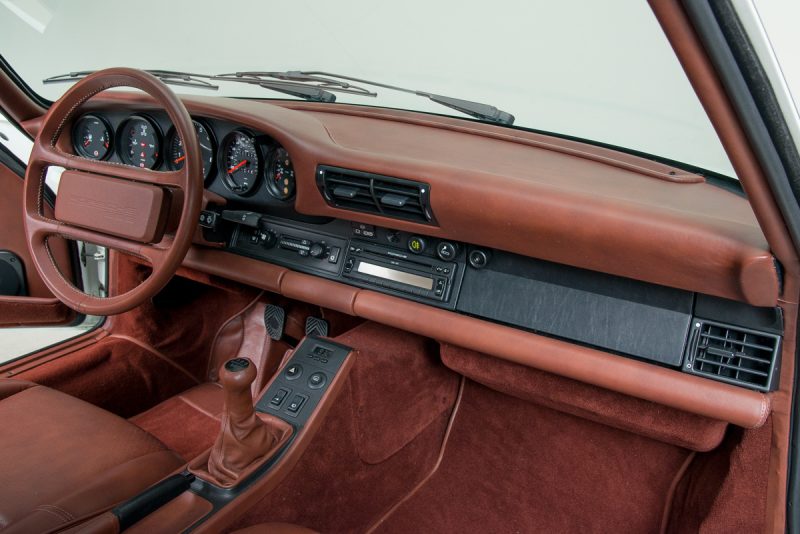 The original Dunlop ‘Denloc’ tyres are impossible to find, so most will have had the wheels and tyres converted to run Michelin high-performance tyres. Canepa Design are the go-to guys for this and they’ll happily upgrade your 959’s suspension (to include titanium coilovers, obviously), boost your engine’s output to 763bhp and 635 lb/ft of torque, and upgrade and re-trim your interior. Some might call it sacrilege, but I prefer to think of it as out-singing Singer.

Of course, some might argue that modifications like this detract from the car’s value. They might be right but I bet they make it an awful lot more usable for the legends that actually drive the bloody things, which is kind of the point of owning one, surely?