Austin Seven: every car for every man

The Austin Seven did for the British what the Ford Model T did for the Americans; it mobilised the working classes and started the process we now call social mobility. For this reason, if no other, the Austin Seven is the most influential car in British history. That it forms the affordable end of the Vintage Sports Car Club, providing low-cost vintage motorsport for hundreds of VSCC members, is nothing more than a lucky by-product. 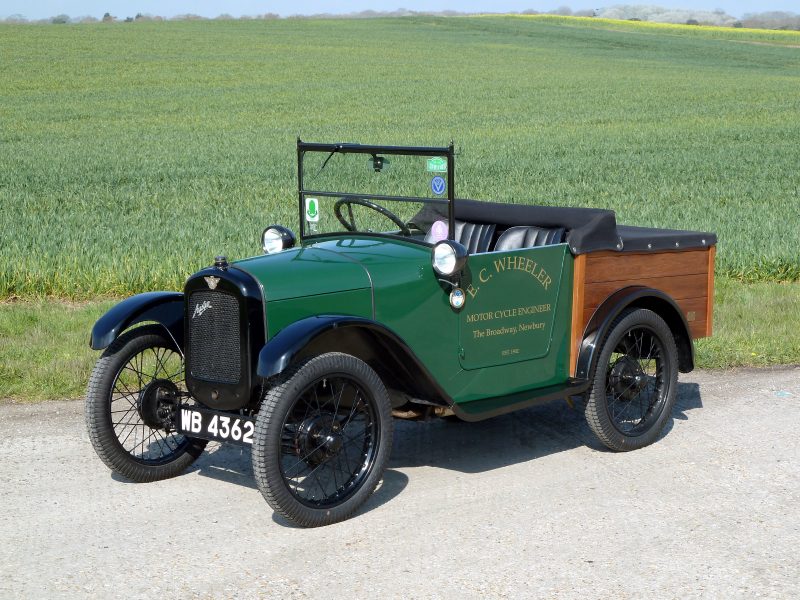 Before the Austin the distance a horse could travel in a day (assuming, of course, that you could afford a horse in the first place) defined a person’s mobility. If you couldn’t afford your own nag then your mobility was limited to a radius of 20 miles or so from your village. We might think nothing of jumping on a plane and lunching on another continent now but you only need to skip back a couple of generations to find a nation whose inhabitants rarely travelled further than their nearest town. Skip back another couple of generations and you can substitute ‘town’ for ‘village’.

So the impact of the motorcar, and the Austin Seven in particular, cannot be overstated. It wasn’t a fast car or an especially reliable one. It probably wasn’t even a very good one, but it was cheap and it started to undermine the stranglehold that the nobility and ruling classes exercised on the poor in a way that nothing has done before; the invention of the printing press might have educated to the working man but the Austin Seven enabled him to do something with that knowledge.

Of course, the Government didn’t sit idly by. It understood the power a car conferred on its owner and did everything it could to keep such a dangerous contraption away from the great unwashed – and the Horsepower Tax was a clumsy attempt to do so. The thinking was that the rich and powerful wouldn’t mind paying for their cars but the poor man wouldn’t be in a position to be able to afford to do so, no matter how much he might need one. However, like every government before and since, the legislation was framed in such a clumsy and ill-conceived way that it actually facilitated the very thing it was trying to prevent.

Sir Herbert Austin was more of a businessman than a socialist and he understood the loopholes in the Act much better than the politicians charged with delivering it. His task was not an easy one; his company was bankrupt and his board of directors fought him every inch of the way and he was forced to work in his own time and in his own home, helped by an unknown eighteen-year-old designer he ‘borrowed’ from Austin called Stanley Edge. 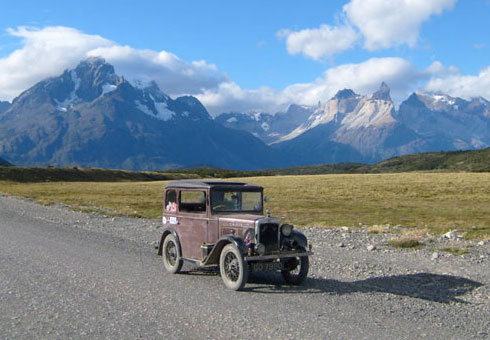 'Crusty', a 1931 Austin Seven that Chris Parkhurst used to cross the Andes and much of South America. It has also driven to China and, across Europe - copyright Lancaster Insurance

Despite being much smaller than the American Ford Model T (quelle surprise) the newly minted Austin Seven was a proper car, albeit in miniature. It could seat four in relative comfort, something the cyclecar simply couldn’t compete with and if the 696cc engine only have developed a lowly 7.5hp that was seven-and-a-half horsepower more than the working man had ever had before. More than 2,500 were sold in 1923, the first year of production, and Sir Herbert received a royalty of two guineas for every car sold. (The irony of being paid in the rich man’s currency of guineas will not have escaped you…)

The Seven’s chassis facilitated a modular construction, something aftermarket coachbuilders capitalised on almost immediately. Customers could quickly choose from a vast range of coupes, saloons, convertibles, sports cars, pickups and vans. The Seven might not have been the pinnacle of engineering excellence but it was affordable and enabled the working man to set himself up as a self-employed tradesman and to compete with the sort of monopolies that large corporations had previously enjoyed. Industrialisation might have benefitted the rich but the Austin Seven allowed every man, no matter what strata of society he originated in, to enjoy the spoils of his labour.

Of course, while the Austin Seven is one of the most sociologically, culturally, and industrially important cars ever built, all work and no play has always made Jack a very dull fellow and thrusting young bucks appreciated the Austin Seven’s simplicity and sturdy chassis as much as the plumbers and builders that formed its core demographic. Single-seat, aluminium bodies replaced canvas and wood and the simple four-cylinder engine was easily massaged and coaxed into achieving some impressive power outputs. Thirty bhp might not sound much but a racing Seven weighs the same as two empty crisp packets, so performance is lively, even with 2CV-levels of power. The Seven was deployed around race tracks throughout the land and started winning trophies almost immediately, reaching speeds of up to 90mph far more cheaply than was possible in any other car.

The Austin Seven was the key to democratising motorsport and without it we wouldn’t have heard of such luminaries as Sir Malcolm Campbell, Sir Stirling Moss and Bruce McLaren. While the cars they drove were often home-brewed ‘specials’ Austin itself was heavily involved in racing. In fact, the Seven was so well developed by the time it died in 1939 that Motorsport magazine claimed it was second only to the contemporary E.R.A. in its sophistication and competitiveness. 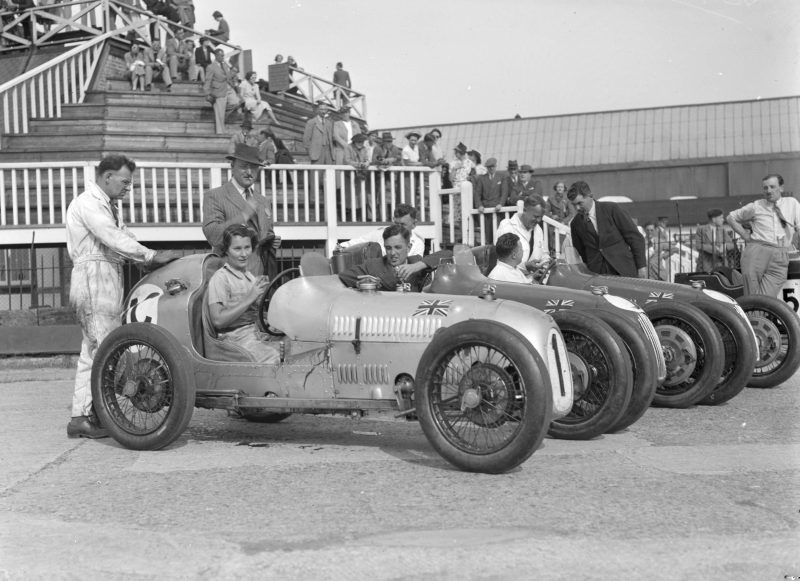 Checking what it is you’re looking at

If you do decide to take the plunge one of the problems you’ll encounter is trying to establish exactly what you’re looking at. The Austin Seven’s simple construction and interchangeability of parts mean that few cars are exactly as they left the factory. There are a number of resources that will help you in your detective work but The Austin Seven Clubs’ Association has a very good guide to models and chassis numbers.

Of course, if you’re just looking for some cheap vintage fun then you’ll be less worried about originality and more interested in eligibility. Buying a car that is eligible for VSCC events might cost you a little more in the first place but it will help protect its future value as well as opening up a whole new world of motorsport to you.

Things to look for

The one problem you won’t have is finding one for sale. With more than 290,000 built and at least 8,000 surviving, the market for Austin Sevens is flourishing.

Yet it isn’t without its pitfalls; the Austin Seven might be a simple car but it is very, very different to almost anything you’ll have looked at before. The engineering is, quite literally, vintage and some of the technology will be unfamiliar to anyone that grew up mending transverse-engined, front-wheel-drive cars. It also uses weird bolt sizes and you’ll need to be on first name terms with your grease gun to keep it supple and well lubricated.

Having said that all the usual checks still apply. So look for terminal rust in the chassis or body (if it is made of steel), smoky and oil-leaky engines, play in worn bushes and bearings, and a general air of decrepitude.

Most, if not all, Sevens will be owned now by enthusiasts and the best cars will be sold through the various owners’ clubs, so don’t be afraid to confess your ignorance. I know that goes against every piece of car buying advice you’ll ever read but the world of vintage cars is stuffed with good-natured folk who are passionate about their hobby and will do all they can to draw in new members.

Building your own special

Half the fun in owning an Austin Seven is fettling and fiddling with it, and the most fun you can possibly have is building your very own ‘special’. The Seven is a simple car, and there are a host of specialists and enthusiasts out there to guide you on your journey but most new owners start with a book; of all those available (and there are a lot – John Haynes started his writing and publishing career with a guide to building an Austin Seven special) possibly the best place to start is with Austin Seven Specials: Building, Maintenance and Tuning.

For those more interested in more general Austin Seven history and specifications The Austin Seven Sourcebook is an invaluable resource, albeit an expensive one. If you want free resources the Interweb is awash with Austin Seven websites, forums, owners’ clubs and blogs; few cars are as well resourced as the baby Austin and the owners are amongst the friendliest and most approachable in the motoring community. If you’re into quick Sevens then the 750 Motor Club is worth every penny of the membership fee while joining the Austin Seven Special Register is completely free. All Seven enthusiasts should join the Pre-War Austin Seven Club too. 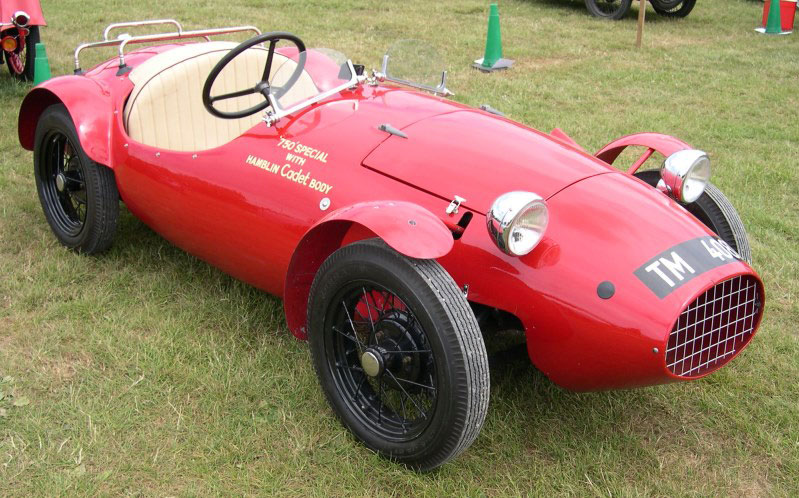 The Austin Seven offers the cheapest route into vintage motoring by a considerable margin. In a world where six-figure sports cars are ten-a-penny you can get yourself behind the wheel of a very nice Seven indeed for well under £10,000.

Cars needing work regularly go for under £5,000 and even the rarer models like a good ‘Ulster’ replica (genuine models are hotly disputed as regards to originality so most would recommend buying a good replica instead) can be found for under £20,000. If I were in the market for one I’d set aside a budget of £10,000 for a two-seater special that had been built by someone who knew what he was doing and was VSCC eligible. If money were no object then £30,000 would see me behind the wheel of a ‘Monoposto’ single seater, a car that can hold its own against anything costing less than a million.

Running costs are minimal. Road tax is free and you should be able to get fully comprehensive insurance for under £100 without trying too hard. You could save £50 or so on an MOT too, but that might be false economy…

To MOT or to not MOT

You’ll be aware that any car built before 1960 doesn’t need an MOT anymore. While getting one (or not) is a personal decision, I would always get one. It’s a cheap and easy way to get an independent validation of your car’s condition and roadworthiness, something that might pay dividends in the unfortunate event that you are involved in an accident…