Troll (trəʊl,trɒl): In folklore, an ugly cave-dwelling creature depicted as either a giant or a dwarf. From Old Norse and Swedish. 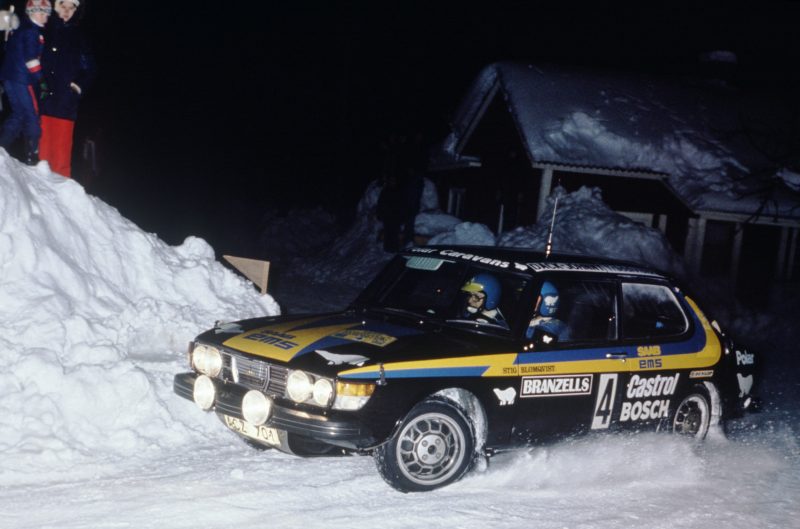 Erik “on the roof” Carlsson

For a long time, Saabs were remarkable only for the rigidity of their chassis and roof structure, which was a trait Erik “on the roof” Carlsson capitalized on with the 96 he rallied; the roof was so sturdy that an accident that might have ended the rally of a lesser car meant that he could use his prodigious strength to roll it back onto its wheel and then carry on as if nothing had happened.

He was an utter legend; few could have achieved what Carlsson did behind the wheel of what was essentially a dull-but-worthy car that was hampered by being underpowered and too heavy. Nonetheless, buyers flocked to buy a Saab even if the flock comprised dull-but-worthy buyers like accountants and tax inspectors (not our kind of folk, in fact). This state of affairs might have endured interminably but for the keen insight of one of the trolls beavering away inside the Scandinavian company’s engineering skunkworks. He was, you see, an unusually perceptive troll who realised that there had to be a better way to build a car. 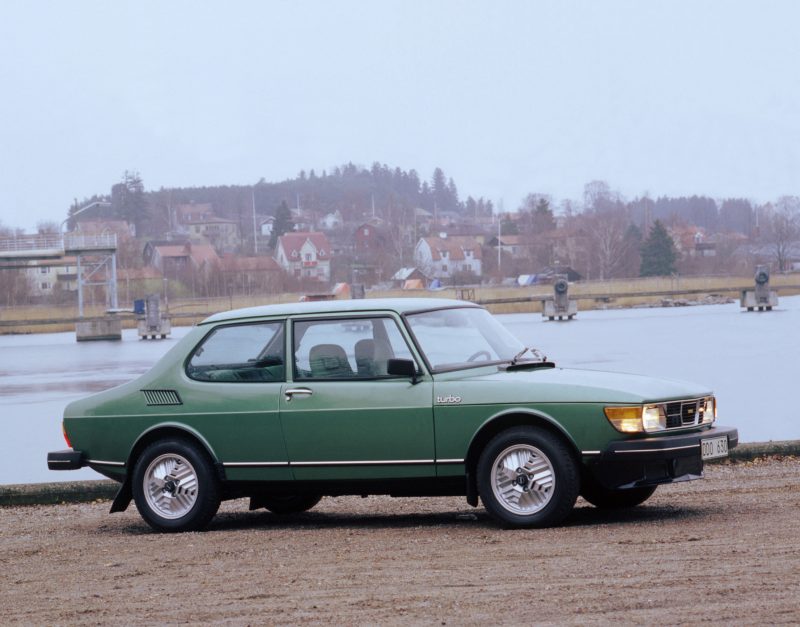 Life before the Saab 99 turbo

But, before we explore the mindset of this clever little troll, it’s worth stepping back a little to set what he did into context.

Until 1978, turbocharged cars were exotic, one-of-a-kind sports cars rather than stolid family transport. Think 911 turbo, for example: The 930 turbo was a wild, barely manageable bundle of anger and fury that was given to killing its drivers by spitting them off a barely damp road.

It was a snarling wildcat of a car that was as uncivilized as it was fast and we loved it then and worship it now for the uncompromising nature of its design and we excuse every foible – and the list of foibles, or don’t-give-a-shit-about-the-customer excuses for piss-poor engineering as non-Porsche fan boys prefer to call ‘em is a long one – because to do anything else is to admit to being effete and ineffectual and somewhat less than a man.

Our clever little Swedish troll realised that the Saab 99 needed more power, but it didn’t need a peaky, highly tuned engine that delivered all of its power at the top end. No, he was cleverer than that; he understood that what Saab buyers wanted was an engine that delivered a broad spread of torque across a wide rev-range because they might have been dull but they were a perceptive bunch that realised that torque, not power, is the key to quick cross-country times. 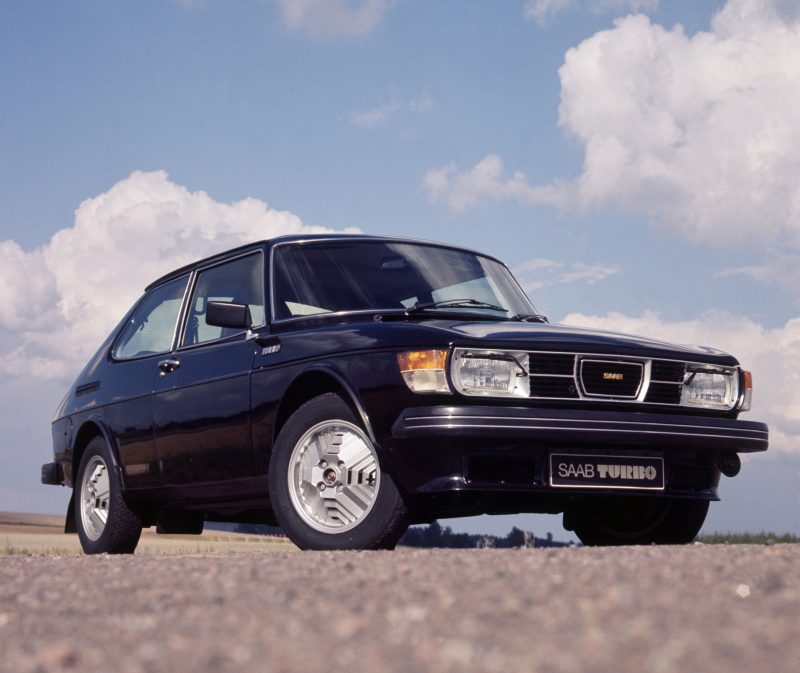 Of course, he could have slipped in a six-cylinder engine without breaking sweat but that would have weighed 50kg more than the four-cylinder engine the company were already using – and it would have used 30% more fuel and accountants and tax inspectors don’t like spending any more money than they have to.

So this crazy little troll sat down and thought long and hard about the problem he faced. He realised, with a start, that the answer to a question that only he was asking was a low-pressure turbocharger that was light enough and small enough to spin freely at low revs. This would give the Saab 99 all the extra power its owners deserved and would deliver it when they needed it. And when it wasn’t needed it would just spool around harmlessly.

Power rose exponentially, but fuel consumption rose only a little; extra fuel was only needed when full power was being delivered, which would be a relatively rare occurrence. It was a simple and elegant solution and our clever little troll had every reason to feel very proud of what he had invented.

The fastest saloon car in the world?

So he went ahead and coupled a Garrett turbo to the engine, but he was a diligent and wise little troll too, so he fitted sodium-filled valves, a hotter camshaft, an oil cooler, and a lower compression ratio to the fuel-injected engine too. The result was the fastest car our little troll had ever driven: Power rose by 23% and torque by 45% and the numbers tumbled from 11.6 to 9.2 seconds for the 0-60mph dash while the top speed leapt by 12mph to 122mph.

But it was the in-gear acceleration that stunned the intrepid little troll: turbo-lag aside – and there was a lot of turbo lag, even with that small light-pressure turbo – the 99 turbo fairly flew along thanks to an almost unbelievable 174lb/ft of torque. The motoring journalists who drove the car in 1978 praised the troll’s work highly, saying that the Saab 99 turbo was the fastest saloon car in the world between 30 and 100mph.

The Saab did it all with complete reliability, too: our little troll had tested the prototypes for almost 3 million miles to make sure that his company’s reputation for legendary reliability wasn’t jeopardized.

Fitting a turbocharger changed Saab’s image overnight, and turbocharging became a thing. Such a thing that it’s so commonplace as to be utterly unremarkable – and it’s all thanks to a clever little troll who refused to do the conventional thing.

The turbocharged Saab 99 was initially available only as three-door hatchback, but the troll later persuaded the company to produce a two-door coupe – primarily for homologation purposes, as its potential for competition success was already apparent to our competitive little friend– and then a five-door hatchback, albeit in very limited numbers. Even trolls have families.

The Saab 900 turbo: as driven by James Bond

The 900 is pretty much a topped-and-tailed 99 to make the car meet American safety legislation. It entered production soon after the 99 turbo and for a while the production run of the two cars overlapped. The dashboard was changed too but otherwise the 900 is remarkably similar to the 99. This was probably a good thing, because the Saab turbo was, by then, a fully-fledged cult car: James Bond later drove a 900, receiving tuition in Arctic driving from no less an authority than Erik Carlsson, who was by then working for Saab in a PR role.

Performance is brisk by modern standards but it this is a car to savour in context and it still holds its own even now – and if you want more power then you can have it; with mild fettling 200bhp is possible, and with a little care 250bhp is achievable without detriment to long-term reliability. The troll was, you see, a conservative troll and cautious in his engineering, leaving plenty of leeway for others who were more optimistic and, perhaps, a little more feckless.

The steering is a bit heavy (trolls have very good upper body strength) and the gearchange won’t win any prizes, but otherwise the 99/900 turbos still feel relatively fresh and contemporary. Turbo lag is a problem, LPT or not, but then this is ancient technology grafted onto an even more ancient engine. Still, the overall result is bloody epic, in a weird Scandi-retro way.

Thanks to rock-solid engineering and above-average rust-resistance, there are still plenty of cars to choose from. Early 99s tend to appeal to the hard-core enthusiast and look brilliant with a bit of customising, while later 900 turbos are still a viable and super-cool everyday car. The last of the line cabriolets are still one of the better ways to shift four people around in comfort and style and hold their values very well as a result.

Things to look for include rotten sills, door bottoms, and floors. The three-door cars look better to my eyes but the five-door model is extraordinarily practical and offers a huge interior with a completely flat floor once the back seats have been folded down.

The mechanical bits are robust and a 200,000-mile car shouldn’t put you off if it’s been looked after. The engine might be based on an old Triumph unit but it was redesigned into the ‘H’ engine in 1981 and further upgraded into an almost-modern 16-valve version in 1984. The timing chain needs changing every 110-120,000 miles and is a bit of a pig to replace but some Saab specialists have worked out how to do it without having to remove the engine.

The turbo is generally reliable but as it is oil-cooled it can suffer from the oil drying and caking on it if previous owners haven’t let it spool down and cool as Saab advised. If this is the case then it’s reasonably cheap to repair or even upgrade should you have a potentially expensive but completely understandable need to extract as much performance as you can out of the old bus.

The interior trim is reasonably robust but the headlining will have drooped and need replacing. (If it isn’t droopy then it‘s already been replaced.) Later seats will fit without too much modification but the early ones are so period charming that anything but a sympathetic re-trim should see you flogged as a damned disgrace to the automotive world. 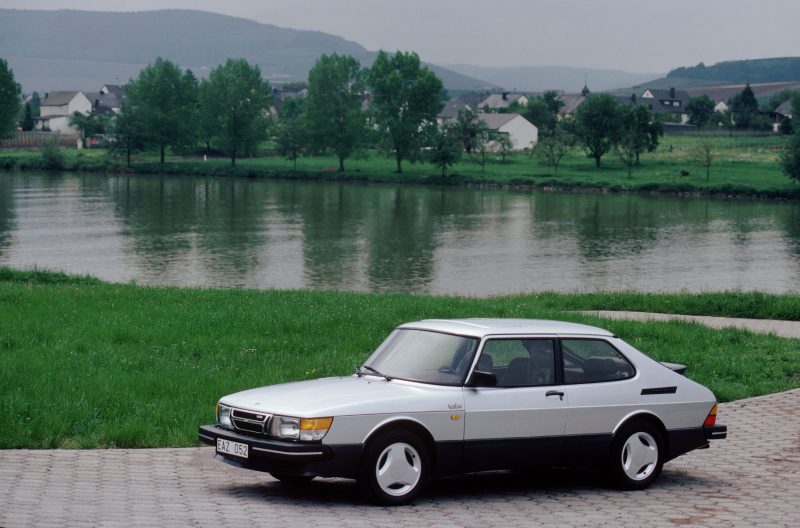 Prices still start at a few hundred pounds for a project all the way up to five figures for a good, low-mileage car. An early 99 turbo will be £5,000 or so, and a late 900 turbo Carlsson or end of the line Ruby Turbo might be £8-9,000. The sweet spot is probably a 16V with an aero body kit and three-spoke wheels for about £5,000. 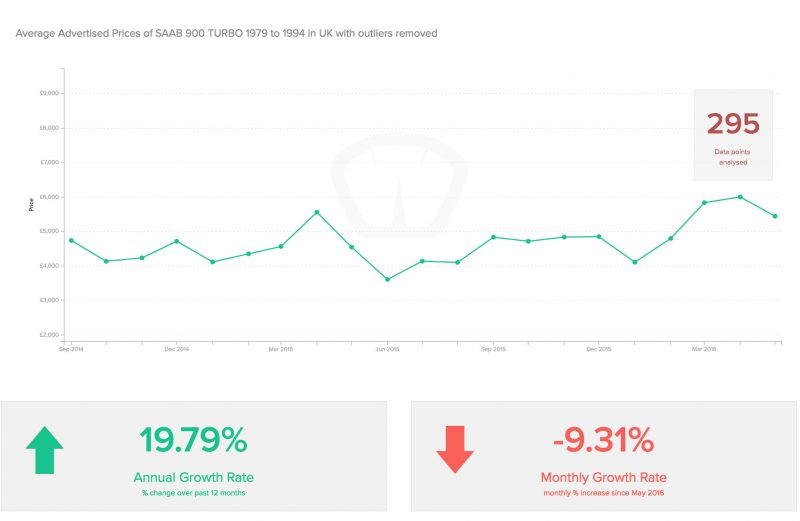 Using our price trends database (look up the price trend of any car for free at https://www.getpatina.com/price-trends) there seems to be an overall rising trajectory for the 900 Turbo (too few 99 Turbos to gauge the market accurately). Find a solid tintop and it could prove to be a good investment that brings a smile to your face.

The last convertibles still appeal to non-enthusiasts (i.e. posh folk who are too rich to haggle, which means that dealers can charge the earth for them). They’re more floppy than a tin-op too, so don’t feel too cheated by the fact you can’t afford one…