The BMW 2002 was the M3 of its time and no mistake – and now the 2002’s time has come and prices are rising fast. The £10,000 car that you hummed and hawed over eighteen months ago is now £15,000; that’s a 50% rise in a year and the madness shows no sign of slowing down, much less stopping. German cars in general are going stratospheric, so be quick if you want to get your hands on one of Bavaria’s finest before they do a Porsche and become utterly unattainable.

Yet, it all started so modestly. Wanky lifestyle marketing hadn’t actually been invented in the mid 60s and yuppies were still (just) a twinkle in their mothers eye and so one realised they needed a fast four-seater saloon back in the late 1960s. So no one was building one. 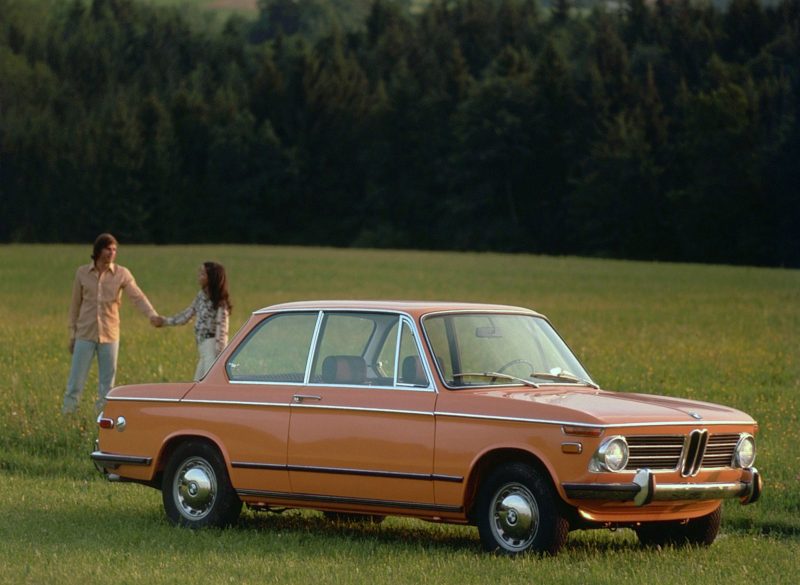 Until, that is, two BMW bigwigs both decided to modify the 1602s that they were running as company cars. Neither was happy with the performance yet both identified that the chassis could easily handle more power. So they did exactly what we would have done under the same circumstances and shamelessly abused their position by ordering their underlings to squeeze in a 2.0-litre engine.

The result was brilliant, but neither made a song and a dance of it given the circumstances (well, you wouldn’t would you?) until they realised one day that they’d both taken the piss in exactly the same way. They came clean and the project was officially given the green light and the engine bay received the sort of performance boost that transformed the decidedly unstylish Neue Klasse saloon car into something that loose-limbed lotharios who were trying to put their loose-limbed ways behind them but weren’t quite ready to trade performance for children, would sell a kidney to own. 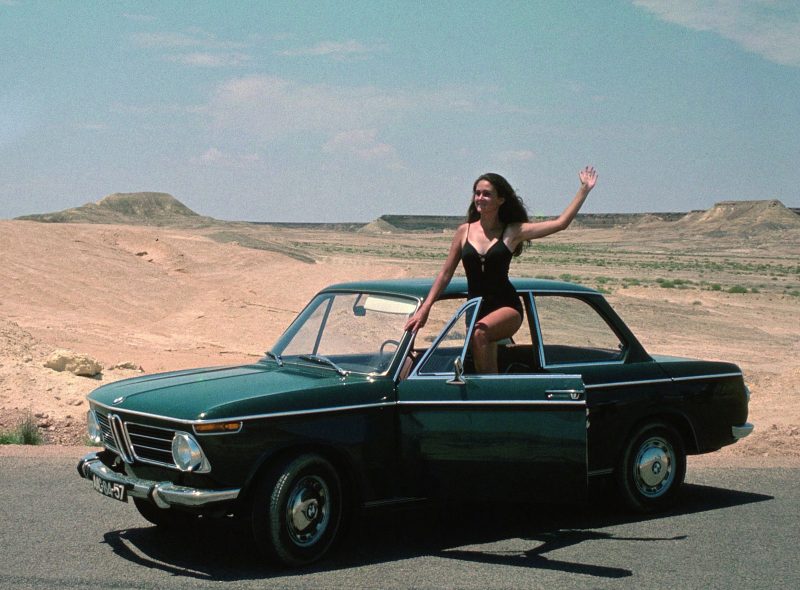 It wasn’t even that fast, even by the monochromatic performance standards of the 1960s. The single carb BMW 2002 developed a wheezy 100bhp from its cast-iron clad four cylinders, a pitiful state of affairs that meant the 0-60mph sprint stretched over an interminable 12.8 seconds. Even the beautifully balanced rear-wheel-drive chassis couldn’t compensate for figures like that.

Yet this was 1968, so buyers flocked to the brand, hoovering up as many 2002s as they could lay their hands on. It went down especially well in the United States of America, but then the automotive Bank of America was pretty much bankrupt and existing solely on antiquated monstrosities powered by asthmatic V8 engines of indeterminable age. 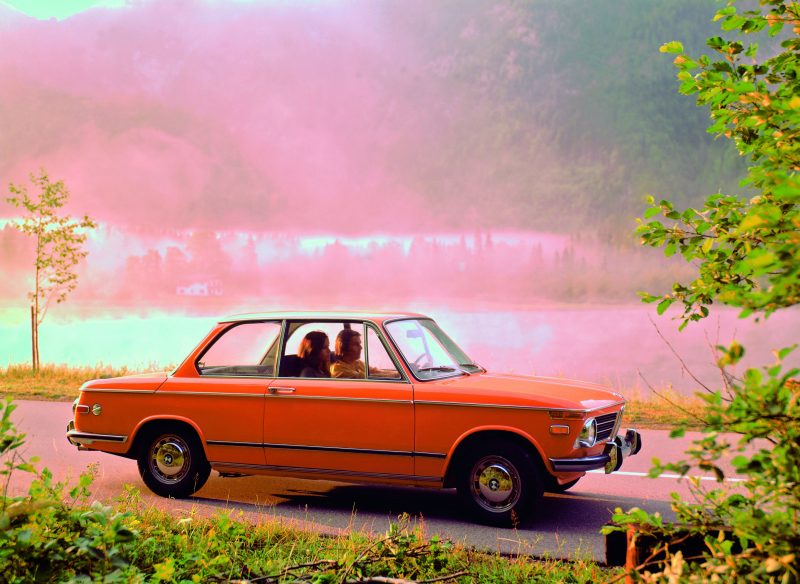 To them the BMW 2002, with its snake-hips and spritely performance was astonishing, leading David E. Davis Jr., the editor of the well-respected American car magazine Car and Driver to write: “What you like to look for are Triumphs and Porsches and such. Them you can slaughter, no matter how hard they try. And they always try. They really believe all that jazz about their highly-tuned, super-sophisticated sports machines, and the first couple of drubbings at the hands of the 2002 make them think they’re off on a bad trip or something. But I don’t want you to get the notion that this is nothing more than a pocket street racer. The BMW 2002 may be the first car in history to successfully bridge the gap between the diametrically-opposed automotive requirements of the wildly romantic car nut, on one hand, and the hyperpragmatic people at Consumer Reports, on the other.

BMW might leave itself open to many accusations but resting on its well-padded laurels isn’t one of them. So in 1972 it junked the carb in favour of a proper, albeit primitive, Kugelfischer fuel injection system. The name changed to the tii (Touring International Injection) and power and torque rose by almost 25%. The 2002 was, finally, the car it should have been from the start. The 0-60 mph time tumbled by three seconds and in-gear flexibility was similarly transformed. The keen handling and perfectly balanced chassis was now able to strut its stuff on the straights as well as the bends and BMW’s reputation as The Ultimate Driving Machine was born. 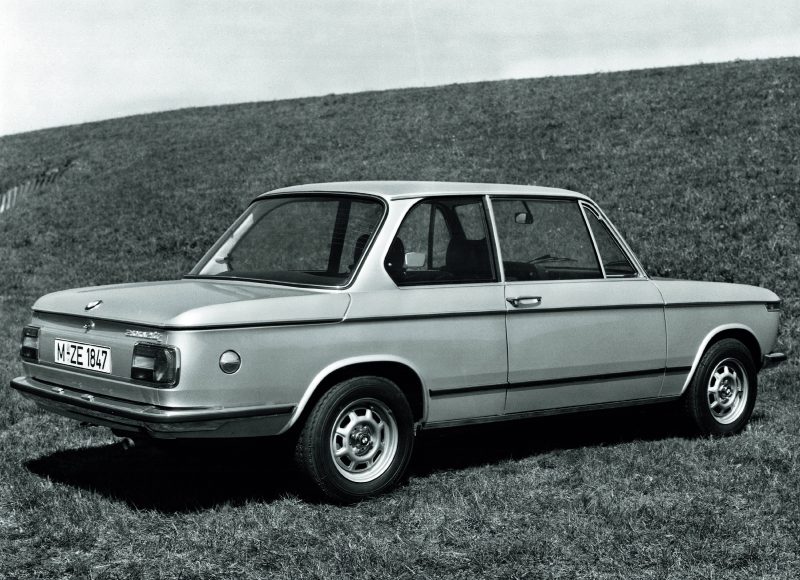 A reputation that was well and truly sealed with the introduction of the mildly bonkers BMW 2002 turbo. Released onto an unsuspecting public in 1973, the blown engine churns out a staggering 170bhp and an even more impressive 180lb/ft of torque. The acceleration to 60mph was a little over seven seconds and the top speed maxed out at well over two miles a minute. It was a snarky little bugger and it was as well loved then as it is now.

1971 brought a mild mid-term facelift (some different external rubber trim and some dashboard updates), while 1974 brought a much bigger one that included square rear lights, much to the chagrin of almost everyone as the early round lights are so much prettier. It also had a much nicer, more upmarket interior. 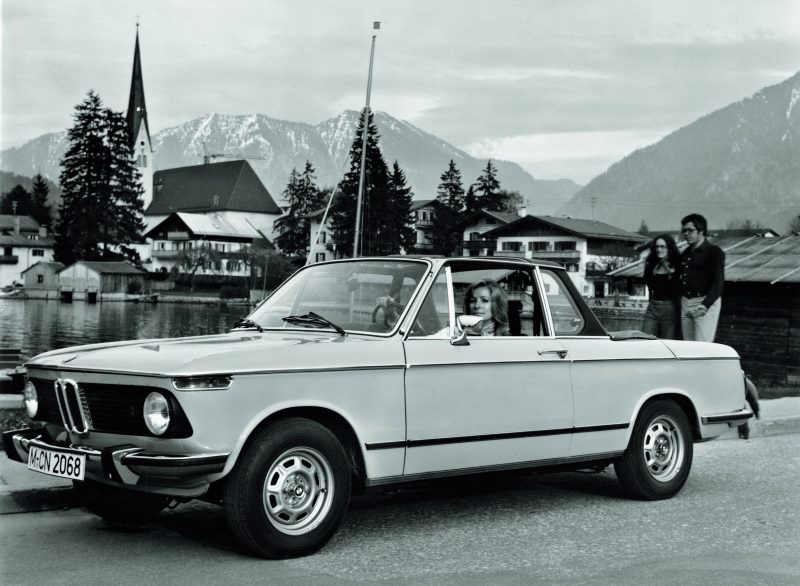 A convertible and an estate were both offered by (presumably) BMW’s marketing department, as was the option of an automatic gearbox to replace the sweet-shifting four-speed manual. The estate and convertible both look bloody awful and the auto was shit and anyway, none of the three are really our sort of car, so we shall not speak of them again.

The BMW 2002 died in 1976 after shifting almost a million units, almost half of which went Stateside.

Memoirs of a Hack Mechanic by Rob Siegel is a must-own guide to buying and running a 2002. An expert in what makes ‘em tick, if Rob doesn’t mention it in his book then it ain’t worth worrying about. Trust me, it’s the best £10 you’ll ever spend, even if you have no intention of ever buying one. Rob’s a funny guy and the book is stuffed with the sort of hack mechanic tips that will come in useful one day no matter what car you drive. 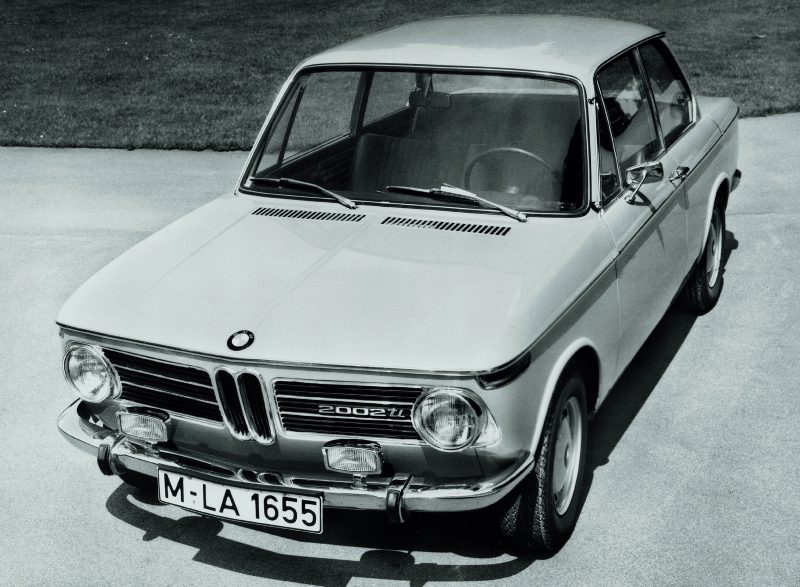 The three-door bodyshell looks terrific, of course but even the newest cars are now forty years old so they’ll have taken a beating. Rust is your biggest concern, but limited grip and a decent slug of torque means that many will have pirouetted off the road at some stage in their career and with values so low for so much of their lives bodged repairs done cheap will be the rule rather than the exception.

The oily bits are robust enough but niggles abound, especially from the electrical system where work hardened wiring and connectors can lead to stress failures and intermittent faults. Oil leaks and petrol leaks can usually be traced to age-hardened rubber seals, proving once again that regular careful use is much better for an old car than a heated and dehumidified environment that can often cause more problems than it prevents.

The fuel injection system is reliable but it is lubricated with engine oil and dirty oil can lead to catastrophic failure given the fine tolerances that are typically found in fuel injection systems. This is another reason why 3-5,000 mile engine oil changes are essential, even if you’re using the good stuff that normally means you can stretch an old car’s service intervals to nigh-on modern car levels. 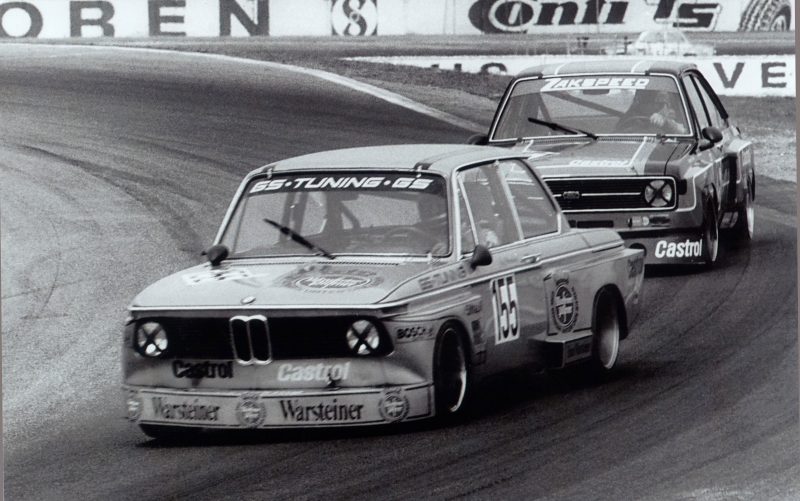 The engine might have offered exemplary reliability back-in-the-day but back-in-the-day that meant regular de-cokes and a 100,000-mile lifespan, even with regular oil changes and the use of synthetic oil. Modern metallurgy, gaskets and oils can extend that to 200,000 miles and more but someone’s going to have to pay German-engineering prices to get it so and you’ll be much better off if you can make sure that isn’t you.

Modification is starting to become a dirty word, which is a good thing because a well-sorted 2002 is more than good enough to keep up with modern traffic. The five-speed gearbox from the 3-series will fit and makes a huge difference to the refinement over long distances but otherwise you should just keep on top of the regular servicing and spend your money on getting the basics right. 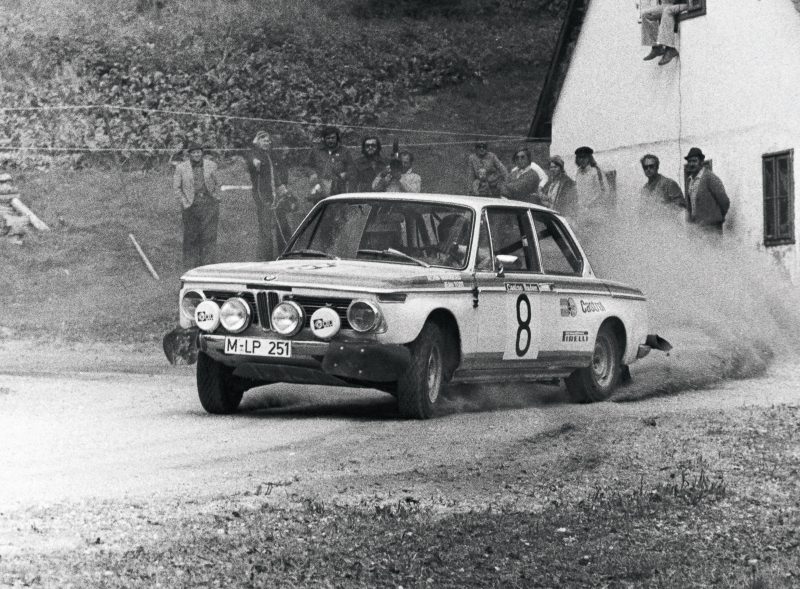 If you do set off on the long and winding path to more power, the BMW engine is a (very, very distant) relation to the Formula 1 engines that developed silly power, so old school tuning – boring, stroking, honing, flowing, you know the score – can lead to a useful and dead-reliable 150-200bhp. Actually, the importance of originality can be over-stated, now you come to mention it.